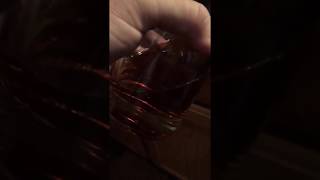 Lots of questions, statements, fun words and about bourbon whiskey. My attempt to summarize and sound smart ... please have a few shots before reading.. because I did.

Bourbon Whiskey = OK -- Bourbon can only be made in America.. yes "'Murica". The grains used must be at least 51% corn. Bourbon must come off the still at or below 80% ABV (alcohol by volume - attempt to sound smart), and then be aged in a brand new charred oak barrel at or below 62.5% ABV. All American Whiskeys, if it is aged less than 4 years it must carry an age statement... damn kids.

Rye Whiskey, Wheat Whiskey or Malt Whiskey - Must meet all the same aging and distilling requirements as bourbon but the grain recipe must be at least 51% rye, wheat. Unlike bourbon, rye whiskey can contain up to 2% added flavoring .... unless it is labeled straight. getting boring ,,, drink up.

Corn Whiskey - The "'Muican" government defines corn whiskey as a whiskey with a mash bill of at least 80% corn. Like bourbon it cannot be distilled at more than 80% ABV.

Straight Whiskey - Any of the above can be labeled “straight” if it is aged in it’s barrel for at least 2 years.. though it must carry an age statement if aged less than 4 years. damn kids again...

Tennessee Whiskey - OK -- this is boring and legal -- hence the shots you should be drinking -- "'Murican" Government does not define Tennessee Whiskey in its Standards of Identity for Distilled Spirits. Uuuugh.. the definitions exist in the North American Free Trade Agreement which define it as “a straight Bourbon Whiskey authorized to be produced only in the State of Tennessee." Tennessee law also has a more strict definition which mostly mirrors the definition of Bourbon but also requires “Aged in new, charred oak barrels in Tennessee” and “Filtered through maple charcoal prior to aging”. There is a Tennessee Whiskey that rhymes with "Dlack Janiel's" that is an example of Tennessee Whiskey .

Blended Whiskey - is whiskey which contains at least 20% straight whiskey. The rest of the contents may be made up of neutral grain spirits and the blend may be colored. ... if a blend contains 51% of a particular straight whiskey it may be designated as a blend of that whiskey. Yawn...

Single Barrel whiskey - is a term that is not regulated by the US Federal government. It means that the whiskey in the bottle comes only from one single barrel.

Wha? Why? Who? The "'Murican" Federal Government created these terms and regulations. Here are the federal guidelines for defining the identity of a spirit are officially called the, “Standards of Identity for Distilled Spirits”. -- yawn city.... not for the weak.

Age Statement is featured on bottles of higher tier whiskey (especially Scotch whisky). For example, a 12 year old whiskey means all of the whiskey in the bottle was aged at least 12 years in a barrel. However, there may be whiskey that is 13+ years put into the bottle.

-- Keep in mind .. because a bottle of whiskey has been aged longer does not mean it is “better”. Many distillers have a sweet spot that is significantly younger than 10 years old. This is called “Aged to Taste”.

There are many, many other terms - Sour Mash, Bonded ... blah, blah, blah ... if you like it drink it. Thanks for reading -- hope it wasn't too boring.